Step by step to maritime career success with the Slater Fund

Scholarships from the Nautilus JW Slater Fund have helped hundreds of seafarers to progress as maritime professionals. Andrew Linington hears how one Slater scholar has flourished with a Solent ferry company 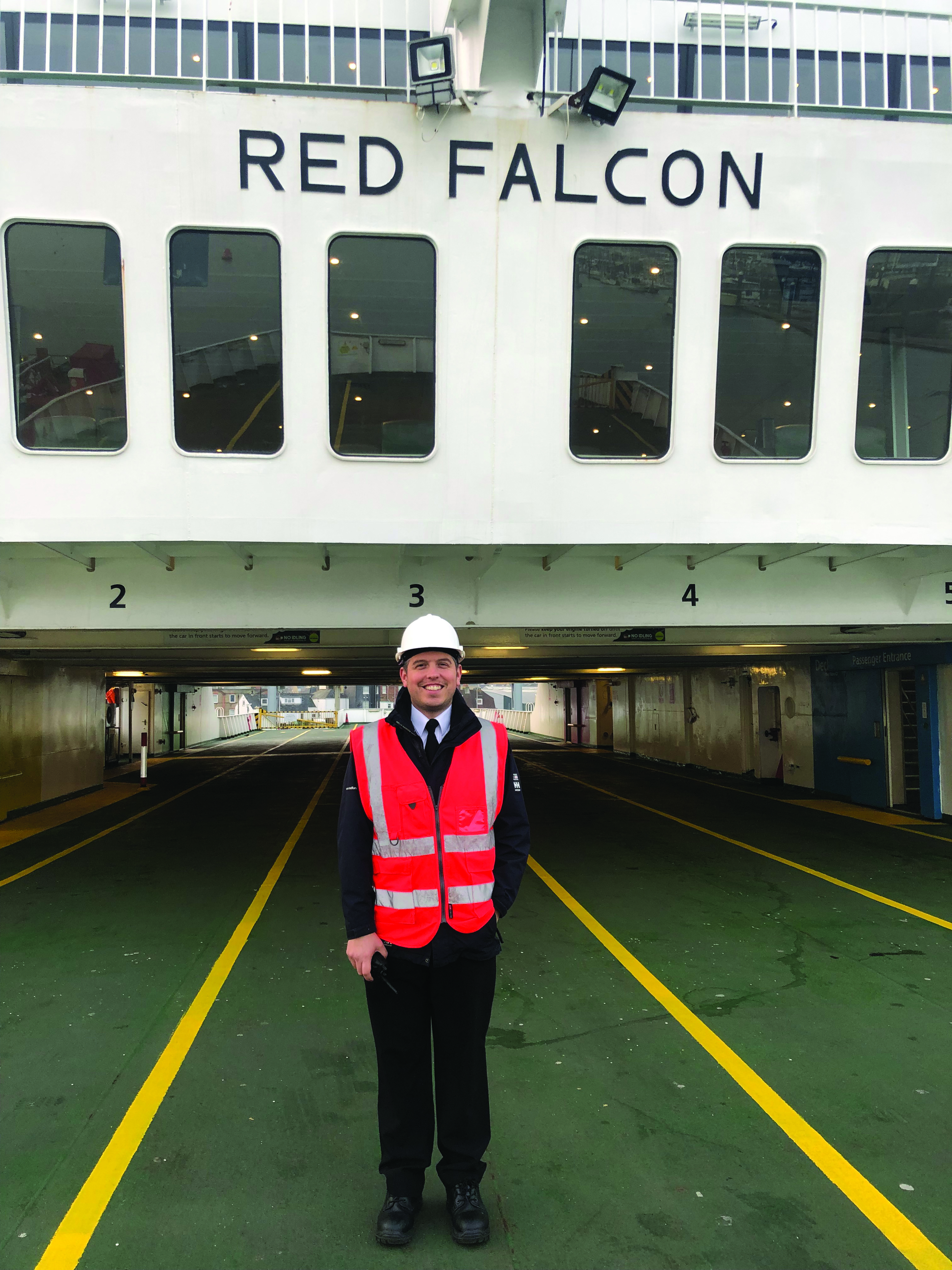 Leaving school in Southampton at the age of 16 with no qualifications and no clear career path, Terry Streets faced an uncertain future, and he drifted between jobs such as factory work and plastering with his father.

But in 2005, life took a turn for the better when he spotted an advertisement for terminal staff with the ferry company Red Funnel.

'Little did I know then, this was the first step towards a rewarding career path,' he reflects.

Terry got the job and spent the next four years working in the company’s terminal operations – anything from checking in cars at 0500hrs to answering phones in the call centre.

In 2010, his life took another turn when Red Funnel started its first internal apprentice deckhand programme.

'I was aware of the career possibilities and saw it as a great opportunity,' Terry recalls. 'I expressed an interest in the scheme, applied for the position, and was selected. We were then sent off to do our STCW courses, before being placed to shadow a crew to continue our learning.

'I was fortunate enough to be placed with a crew that continued to support me,' he adds. 'The bosun was a great mentor and spent plenty of time with me to help develop my knowledge onboard.'

Terry became a qualified deckhand in 2011 and was promoted to deck mate (bosun) in 2015. 'As this was permanent night shifts, not many people applied – but I was successful,' he says.

He was keen to progress even further. 'Over the years, I often thought how I’d like to do a cadetship to become an officer of the watch. But with a young family and bills to pay, I doubted that I could ever really take the leap,' he recalls.

A colleague told Terry that there was a bursary available to British seafarers wanting to get their first certificate of competence, from the Nautilus JW Slater Fund, which is administered by the Marine Society.

'I applied for this and, to my surprise, was successful in obtaining the bursary. Over the first year I completed most of the ancillary courses, with the support of Red Funnel giving me the time off to complete them,' he says. 'I then a took a sabbatical to attend Warsash Maritime Academy and study the HNC Officer of the Watch experienced seafarer route.

'Being in my early 30s, and not being in an educational setting for 15 years, it was tough at first with lectures coming thick and fast,' Terry admits. 'That being said, the facilities and lecturers at Warsash were great, support came from fellow classmates whilst studying late at the library, and I soon got used to studying effectively to prepare for the SQA and oral exams.

Being in my early 30s and out of an educational setting for 15 years was tough at first, but I soon got used to studying effectively to prepare for the SQA and oral exams Terry Streets

'Cargo ops was a tough one for me, with my limited experience only being on ferries. I needed to have good knowledge of different cargo operations to get through my oral exam – so I spent a lot of extra time on the subject,' he adds.

It not only took a lot of hard work for Terry to qualify, but also a lot more time than a conventional cadetship. 'To do the OOW experienced seafarer route at Warsash, I needed 36 months’ seatime, and this took me seven years to acquire with my four-on/four-off rotation, plus seven months at Warsash,' he explains.

His efforts paid off when he achieved an HNC in Nautical Science, along with his STCW OOW CoC (unlimited tonnage, restricted to Cat D waters) last year. He started working as an officer late in 2018 and recently began a fixed-term contract as a chief officer, serving on Red Funnel's three ro-pax ferries, Red Osprey, Red Falcon and Red Eagle. 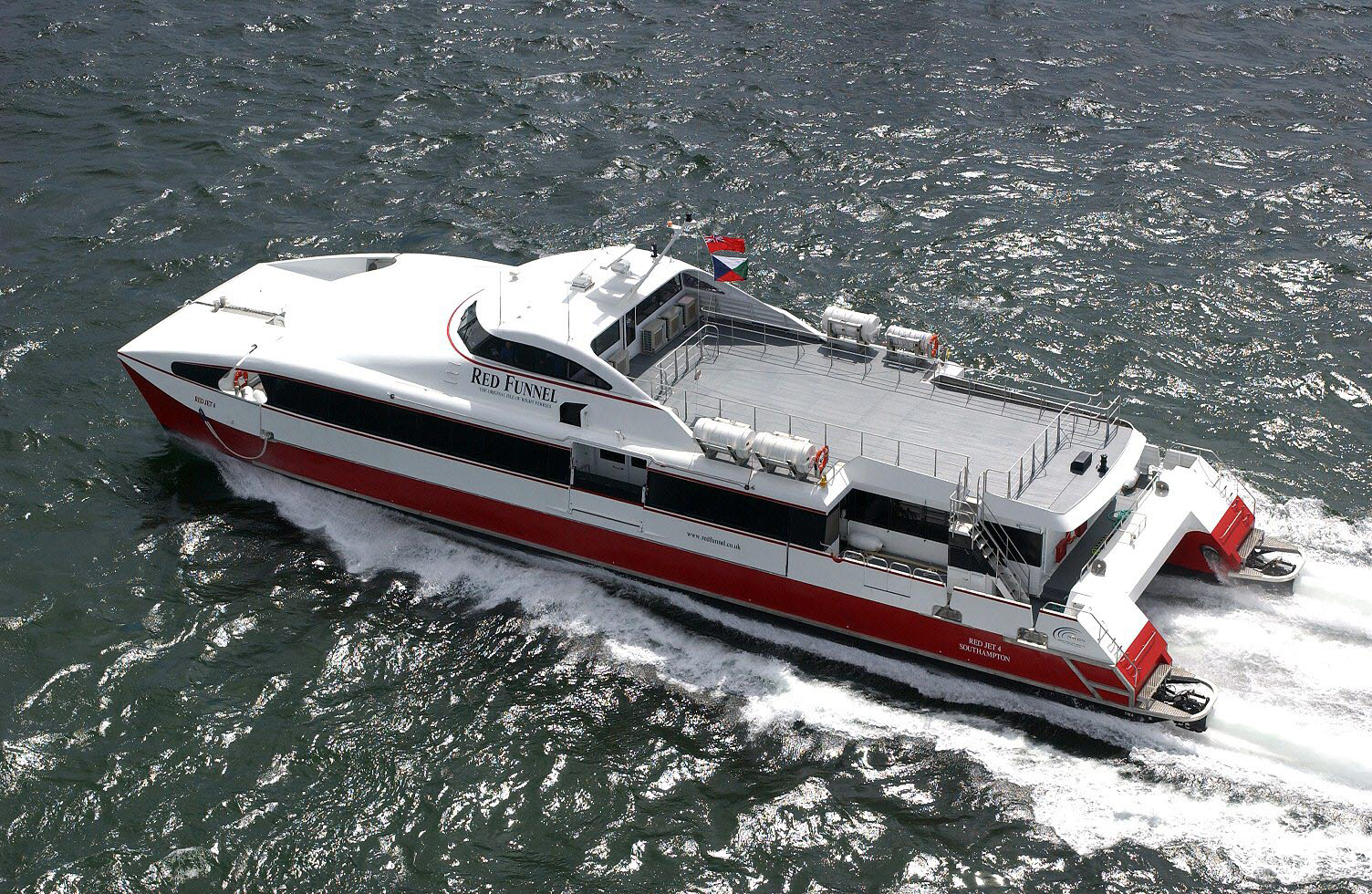 Although he grew up in Southampton, Terry said he hadn't known about seafaring as a child – but now loves the variety and camaraderie of the job. 'I'm really enjoying ship handling and starting to get to grips with berthing. Work-life balance for me is great at Red Funnel and enables me to spend quality time with my family.'

Terry pays tribute to colleagues who inspired and mentored him – including Captains Booker, Hallas and Drummond and bosun Martin Field – and says he continues to benefit from 'working with people that encourage and help you to continually improve and progress'.

He also praises the support given by the Slater Fund and Carla Rockson at the Marine Society. 'Along the way I had quite a few knockbacks and had to jump through many hoops, but you just have to keep on knocking on that door until you get to where you want to be,' he adds.

Captain Alwyn Rees, head of marine operations with Red Funnel, said Terry has 'worked tirelessly’ to gain his officer’s qualifications and the company had been pleased to support him. ‘We are tremendously proud of Terry's achievements, and he will now take a breather from his academic studies whilst gaining invaluable hands-on experience as a ship’s officer,’ he adds.

'I am confident that in due course Terry will continue to improve his qualifications and work towards achieving a Master’s CoC,' Capt Rees says.

'Red Funnel will continue to support Terry with his career aspirations and are pleased to have been a part of his story to date, which we hope will inspire more ratings to achieve officer status.'

Top image: Terry Streets has risen from apprentice deckhand to chief officer with the help of the Nautilus Slater Fund